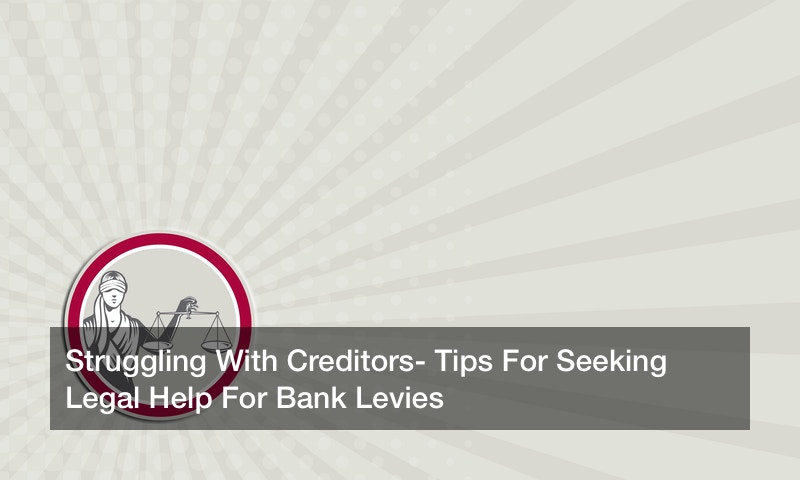 Knowing the IRS is coming after you isn’t a fun thought for anyone, which is why people actively try to avoid owing them. However, there are certain times that the IRS can’t be avoided like a bank levy that can significantly affect your bank account—there are certain precautions that need to be taken when concerning situations that are far too severe to avoid, like being behind on payments. Fortunately, there are legal options that can be considered against a bank levy, such as hiring a tax attorney that’ll prevent any other grievances and help you get your life back on track.

What Is A Bank Levy?

A bank levy is when a bank seeks legal actions against an account holder that allows their creditors to take funds from their bank account. The authorization of a bank levy requires the bank by law to send an allocated amount of money to creditors to gradually pay off debt through the proof of legal judgment. Once a bank levy has authorized, the bank will freeze the account to review the situation—however, all banks vary considerably, and some banks will not notify you a bank levy is in process. Typically, when this occurs there should be options to the dispute which can considerably prevent or reduce the number of money creditors can take from your account, because bank levies allow creditors to drain a bank account entirely. When disputing a bank levy, it’s important to seek a bank levy attorney to act against creditors. Taking no action makes it’s possible for lenders to further complicate matters financially, like paying necessary expenses, bounced checks, and paying other additional late fees.

What Can You Do To Get A Tax Lien Released?

Bank levies can continue until your debt is ultimately resolved, which can cause significant financial hardships. The legal route to prevent bank levies allows a sense of financial relief that can permanently solve many issues brought about from a bank levy—speaking with a tax lien lawyer will provide the legal options of how to stop a levy on your bank account. Tax lawyers provide you with legal resources, varying from state to state that allows you to understand the available options.

1. Creditor error: Sometimes creditors make mistakes that directly affect you, such as creating an error in your name. However, you can fight a wrongful bank levy through a tax lien attorney that approaches an issue through a legal aspect, if they levy already paid or the amount is incorrect. It is possible to file an administrative claim against a wrongful levy or seizure by the IRS within two years, instead of the original 9-month period before 2018.

3. Old debt: There is a statute of limitation for anything—the IRS can audit any business’s tax returns within three years of filing and can collect back taxes up to a decade. However, after the limitation has passed, there are limitation regulations that can prevent your creditor from authority to obtain funds from your account.

4. Lack of communication: If a creditor didn’t notify you about a bank levy on your account nor proper legal papers served, there is a high possibility to get a tax lien released.

5. Bankruptcy: Filing bankruptcy allows a temporary legal fix while figuring out how to get a tax lien released if alternative methods aren’t available at the time.

Negotiation: Negotiating with creditors, whether through means of a tax attorney or a plan you’ve worked out among them can provide you enough time to take control over the situation.

Why Legal Help Is Beneficial

Taking legal action against creditors can give you more resources to provide a higher likelihood of resolving your bank levy or working towards a mutual solution to ease that benefits both parties. Seeking out tax attorneys to assist you with removing bank levies can make a case stronger, as they are trained to understand the specific regulation and loopholes that many creditors and laws have against bank levies.