Five Ways A Lawyer Can Make The Divorce Process Easier 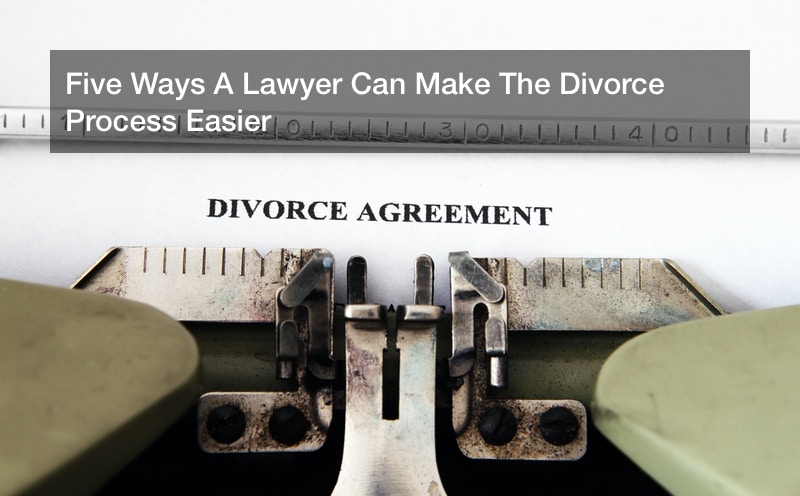 According to the American Psychological Association, 40 to 50 percent of married couples in the United States end in divorce. The divorce rate for first marriages alone is 41% and those marriages typically last eight years.

The reasons for divorce vary greatly, but the top five reasons are:

One of the biggest reasons as previously mentioned is infidelity. According to the Journal of Family Issues, infidelity is the leading cause of divorce at 21.6%. Additionally, couples therapists say that 50% of their case load is due to infidelity.

The Journal of Family issues also found that couples divorce because of incompatibility (19.2%) and drinking or drug abuse (10.6%).

A good divorce lawyer can help ease the stress of divorce by being an effective mediator, negotiator and be a source of divorce advice and support for all parties involved. Whatever your concerns are, take time to find the right lawyer for your situation. More than 800,000 divorces happen every year and having a good lawyer to help can make a world of difference.

Actress Gwyneth Paltrow and soon-to-be ex-husband are going their separate ways — and they plan to do it without traditional uncontested divorce proceedings and child custody attorneys. Paltrow announced the